How Much Longer Does Kobe Have At The Elite Level 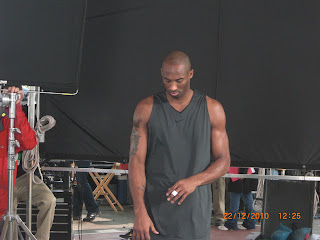 The start of the 2012 NBA Season is just around the corner, I want to reach out to my Laker Fans and say that time is of the essence for our beloved superstar Mr. Kobe Bryant. This year is important for us, it's The Finals our bust and deep down Laker Fans we all know this. Kobe is an Elite Player at the end of his journey he will be used as the focal point of the offense on some nights and other nights his team mates will carry the load. 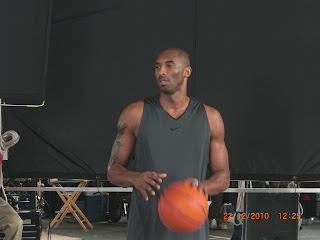 Kobe Bryant isn't a good loser and we as Laker Fans don't want him to be. The question is how do we take the keys away from our aging superstar and still keep him happy and productive. How do we allow Kobe to be Kobe and still keep Dwight Howard the next face of the franchise smiling and ready for his closeup? 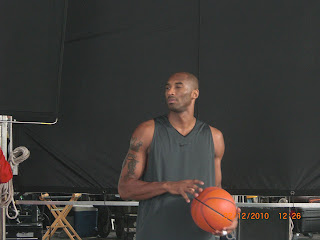 I guess that's why we play the games, if nothing else the Lakers will be good TV and at the end of the day it's all entertainment. I love the new additions that the front office made and like most NBA Insiders we want Kobe & Lebron in the finals, has anyone seen CP3. I see the Lakers winning 60 games and meeting the Thunder in the Western Conference Finals.

Posted by Filmbelize at 4:40 PM