Where is John McAfee hiding?


I arrived in Caye Caulker by water taxi from Ambergris Caye, as many people do. The trip takes half an hour, costs $7.50, and is worth the money—skimming across the Caribbean’s blue waves, you can watch the island’s white-sand shores, fringed with palms, gradually grow closer. This approach also drives home a reality of life here: On Caye Caulker, you really are away from it all.
The island is only five miles long and at most a mile wide. Only the southern half is developed; most of the north half is jungle and mangrove—and it’s separated from the south by a channel called the Split (the most popular swimming spot).
At Caye Caulker Village, where the water taxis come in, the island is at its narrowest: only three streets wide. These bear the imaginative names of Front, Middle, and Back and are simple packed sand. You’ll see no cars here and only a few golf carts—most people walk or get around by bicycle. 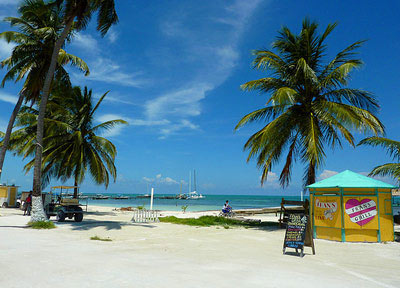 And no one’s in a rush. Here, life is all about the water. You can swim and snorkel right off the beach, and the barrier reef is a mile away, an easy trip by motorboat. In fact, you’ll see boats in many backyards and moored on the lagoon. Walking down Front or Middle Street, about every third weather-beaten, wood-frame house you pass seems to be a tour-guide operator offering diving trips off the barrier reef or the Blue Hole, or for snorkeling in Hol Chan, all big draws in the area.
If you’re a sucker for beach living, you may soon find yourself kicking back and falling for Caye Caulker’s seductive charm.
Within an hour of arrival I was going barefoot. I snorkeled. I swam. I got a tattoo. (Okay, truth? I didn’t get the tattoo. But I did think about it... seriously...which says something about the spell this island can cast.)
Canadian expats Cindy and Barry Beer have called Caye Caulker home since 2007. "As soon as we got here, we knew this was it," says Cindy. I chatted with the two on the deck of their simple wooden house, the Caribbean just a stone’s throw away. Like many houses here, theirs sits on stilts to put it above water surges—Caye Caulker is only eight feet above sea level. The Beers’ boat rests in the sand nearby.
The two admitted that they "don’t go out a lot." There’s not a lot to do on Caye Caulker once the sun goes down, except go out to dinner or drink in bars. The Beers, though, like Caye Caulker’s tranquility. They say that it’s easy to go to San Pedro when they want city thrills—and they find they seldom do.
N.P.M.
Belize Film Commissioner
Posted by Filmbelize at 11:06 AM No comments:

N.P.M.
Belize Film Commissioner
Posted by Filmbelize at 10:21 AM No comments: 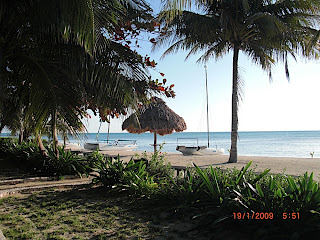 Posted by Filmbelize at 4:57 PM No comments: